Be Impeccable with your Word

Speak with integrity.
Say only what you mean.
Avoid using the word to speak against yourself or to gossip about others.
Use the power of your word in the direction of truth and love.

Most of us find out at a young age the untruth of the old adage that “sticks and stones may break your bones, but names will never hurt you”.  Those awful things said to us as a very young person can sometimes stay with us for decades before we learn the skills to be able to eliminate the damage done to that little girl or boy.

Because of this, it’s a good habit to pay particular attention to making sure the words that come out of one’s mouth, even when speaking to oneself, are positive and without harm, even if it might be a light-hearted dig at oneself, a close friend or family member.  The brain doesn’t always filter in the joke, and words can often take on enormous proportions, their sharp edges bouncing around inside the mind, causing one to start worrying that the speaker had another intent in saying them and was only shamming that the words were not serious.  Of course a joke can still be made, but it doesn’t need nasty words, said in jest or otherwise. 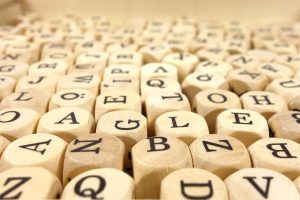 There are ways to protect against vicious words, but it takes some maturity to gain the skills so may not yet be an option for some of us.

Being impeccable with your word also means re-thinking how one speaks in general.  For example, a phrase such as “killing two birds with one stone” might be substituted for “two for the price of one”.  No need at all for killing anything to make a point, even if it is just language.

So, take that tiny fraction of time to think about the words before letting them out.  It builds integrity with others, and has the added benefit of making you fine company.